What happens when computers become intelligent? We are just now beginning to see what this future may look like, as gains in artificial intelligence (AI) are increasing. From intelligent self-driving cars, to AI-powered robot surgeons and smart factories, computers and machines that can learn and adapt will soon change the world as we know it.

While we are still in the nascent phase of AI technology, billions of dollars are being spent on research and development, helping to accelerate AI advancements. IDC predicts AI spending will increase by more than 50 percent year over year and reach $57.6 billion in investments by 2021.

All major car manufacturers are currently exploring AV technology. Each day in Arizona, hundreds AVs developed by Google’s Waymo, Lyft, General Motors and Intel roam the streets of Phoenix and other cities. Arizona lawmakers intentionally created minimal regulations for AVs in order to attract AV-related companies, which encouraged a sort of tech boom in the state. Safety advocates have criticized the state’s lax approach, claiming that more regulations around safety, auto cybersecurity, insurance and privacy have not been worked out.

While AVs for personal transportation have garnered a great deal of attention, AI is now disrupting virtually all other areas of transportation. Uber, Waymo and other companies are testing and using autonomous cargo trucks to deliver goods. GE transportation is actively using AI to develop “intelligent” locomotives to improve efficiency of rail transport and Hitachi is using AI to reduce power consumption. Major airline companies already use autopilot technology to do most of the work once a plane is in the sky and can even land a plane in inclement weather. Now they are researching how AI can replace more of a pilot’s responsibilities.

AI is even having an impact on city infrastructure and planning of cities. The U.S. Department of Transportation issued a call for proposals from cities looking into smart infrastructures. It will award 40 million dollars to a city that can demonstrate how to solve critical municipal challenges using innovative transportation technologies, data and applications.

“It is very clear to us that autonomous technology will fundamentally change the industry,” said Michael Ableson, GM’s vice president of global portfolio planning and strategy. “There is no greater impact on the industry than self-driving cars.”

Enjoying this article? Read The butterfly effect of self-driving cars

The brains behind self-driving vehicles
Soon, we may well see the road filled with AVs. According to WinterGreen Research, over 90 million autonomous-capable consumer vehicles, cars and light trucks will be on the road worldwide by 2023.

In order for this to happen, a fully functioning, safe AV needs an enormous amount of computing resources, power and AI that can sort through large amounts of data in milliseconds. The biggest challenge facing AVs is to improve the software powered by machine learning and AI to correctly interpret data that is fed through the car’s sensors. It needs to safely drive a vehicle through various weather scenarios and identify and respond to other cars, animals, pedestrians, bike riders and more. In other words, the AI that controls self-driving cars needs to be error-free. “This is not a recommendation engine for Netflix,” said Danny Shapiro, senior director of automotive at chipmaker Nvidia. “The AI has to be spot on.”

AI is already being used for AVs today, including Tesla’s Autopilot system that helps drivers navigate highways and parking lots. Tesla claims every vehicle it produces has the ability for complete, autonomous driving, yet it will only be activated when the necessary software and government regulations are in place.

Cameras inside certain vehicles now identify drivers and track eye position to see if the driver is distracted or asleep. Cars also now identify and predict potential cross traffic danger. Auto braking features that prevent collisions are in place. In fact, if you have a 2017 car, it most likely has level two partial automation features, which can be steering assistance and accelerating or decelerating under certain situations, as defined by the Taxonomy and Definition for Terms Related to On-Road Motor Vehicle Automated Driving Systems. The next three levels in the classification system are all based on vehicles with automated driving systems that monitor and respond to the environment.

As we continue the road to AI-enabled AVs, here are some other exciting details that are expected to emerge in the coming years:

Automotive self-diagnostics and maintenance
As automobiles become more like computers with wheels, they are increasingly becoming connected and, with artificial intelligence capabilities, will predictively identify maintenance needs. By combining data from advanced Internet of Things sensors, maintenance logs and other external sources, AI will help with better prediction and avoidance of machine failure, according to McKinsey. This could reduce maintenance costs by up to 10 percent.

Predii, a company that provides a platform that enables organizations greater efficiency for repairs and maintenance, predicts that connected cars will be a source of high-frequency data for predictive and proactive maintenance.

“The availability of continuous streams of data from vehicles will empower vehicle monitoring businesses which are responsible for continuous health checks of your vehicle or fleets of vehicles,” according to a white paper by Predii. “Intelligent repair solutions will monitor check engine lights, diagnostic trouble codes, symptoms and data from advanced driver assistance systems.”

Automated cars are programmed to obey laws
Imagine intelligent cars that can drive somebody home who has consumed too much alcohol. Or takes over the wheel if somebody falls asleep. One of the key predicted benefits of having AVs on our roadways is the reduction of traffic accidents. In 2017, there were an estimated 40,000 traffic fatalities in the U.S., with more than 90 percent of them caused by human error, according to the National Safety Council.

Self driving cars are far better than humans at obeying traffic laws, since they are programed to do so. They don’t text and drive, or drive under the influence of alcohol, or drive too fast, which makes them much safer than humans.

Government traffic planners are optimistic that AVs won’t go over the speed limit, which will produce more cohesive and calm roadways with fewer accidents, according to a report last year on speed limits by the National Conference of State Legislatures.

Car Rental Companies become Self-Driving Car Fleet management operators
If a car can drive itself, do we really need to own our own vehicle? Can’t we call Uber to pick us up in one of their AV taxis? That’s the question posed by various automakers, technology and rental car companies, who envision a near future full of “robot taxis” through a ride sharing or rental car service. This “on-demand autonomous” vehicle is a vision of Michael Ableson, GM’s vice president of global portfolio planning and strategy. And it’s why GM paid $500 million for a stake and a strategic alliance in Lyft, the second biggest ridesharing service behind Uber. Ford isn’t far behind, since in August 2016 the company announced a “high-volume, fully autonomous vehicle for ride sharing” by 2021.

With a fleet of AVs, car-sharing companies are expected to have a coherent view of an AV fleet, monitor and manage it, detect issues and enforce policies. Operators can gather data of each individual vehicle including location, mileage, fuel consumption, driving behaviors and even if a door is left open. The AVs can then be remotely controlled to drive to service stations for repair and refueling.

Reroute traffic based on congestion, accidents, etc.
Google maps and other map-based apps have already helped road warriors find the shortest route possible to their destination. As AVs include greater connectivity, the AI behind it can gather data regarding traffic patterns, accidents and slows downs and appropriately — and automatically — reroute for optimal travel. This will help to ultimately lessen traffic congestion.

Tesla’s complete self-driving system will use GPS technology to find the optimal route to its given destination. If the car isn’t given a destination, it can check the owner’s calendar to determine the best destination or take the owner home.

Vehicles as “digital living environments”
It now takes the average U.S. worker 25 minutes to travel to work, according to the U.S. Census Bureau. AVs are expected to free up time for passengers to focus other tasks, including work, socializing, viewing entertainment, etc. Bosch has created a show car to display the company’s “digital living environment” inside AVs. It features large-surface monitors with the ability to have video conferences, display real-time traffic and weather information, email accessibility and entertainment options.

“Alongside the home and the office, the car will become the third living environment and a personal assistant,” said Bosch CEO Volkmar Denner.

Autonomous truck services
In October 2016, the world’s first successful autonomous truck delivery was completed when an Uber truck carried 50,000 cans of Budweiser beer over a distance of 120 miles from Fort Collins to Colorado Springs, CO. Now Uber’s autonomous trucks are delivering goods throughout Arizona. Other AV companies are following suit.

A report by the International Transport Forum claims autonomous delivery vehicles will save costs, lower emissions and improve road safety, compared with trucks operated by humans. New autonomous trucks will have the ability to perform a host of delivery duties including pick up garbage, deliver packages and food, and a numerous other services. All these services can be optimized through advanced logistics for traffic flow.

In Helsinki, Finland, trial is underway where an autonomous bus transports up to a dozen passengers at a time through a quarter-mile route with restaurants and saunas. The city is expected to expand the trial and provide autonomous bus services throughout the city, in order to measure customer response and basic operations data.

“There’s a lot of demand to solve the last-mile problem,” said Harri Santamala, the city’s project coordinator, referring to the challenge of transporting passengers from centralized transit hubs to their final destinations. “I think this is something we could do with automatic buses. On a real-time basis, we can adjust how they drive and where they make the connection. We’ve learned with this pilot that you can be flexible and synchronize with this technology. We could scale this up to the entire fleet.”

The future of AVs are near
A world of intelligent vehicles is no longer a novel science fiction idea, but a near future. Passenger busses, taxis, personal vehicles, airplanes, trains and more are set to improve the way we get around. Ford, GE, Volkswagen, Audi, Toyota, Ford, BMW and Nissan are all hard at work creating and testing AVs they say will be road ready by 2020. And the U.S. Secretary of Transportation stated at the 2015 Frankfurt Auto show that he expects driverless cars to be in use all over the world within the next 10 years.

This AI-driven transportation revolution is expected to make our roadways safer, ease traffic congestions, make our transportation systems more efficient and make transportation more enjoyable. And, the trend toward urbanization might be reversed as AVs give people more time to work and be productive.

AI’s potential impact on transportation is immense. Advancements will continue to reshape the industry, how we drive, deliver and ship goods on earth and possibly in space in the future. Get ready to start your AI-powered engines. 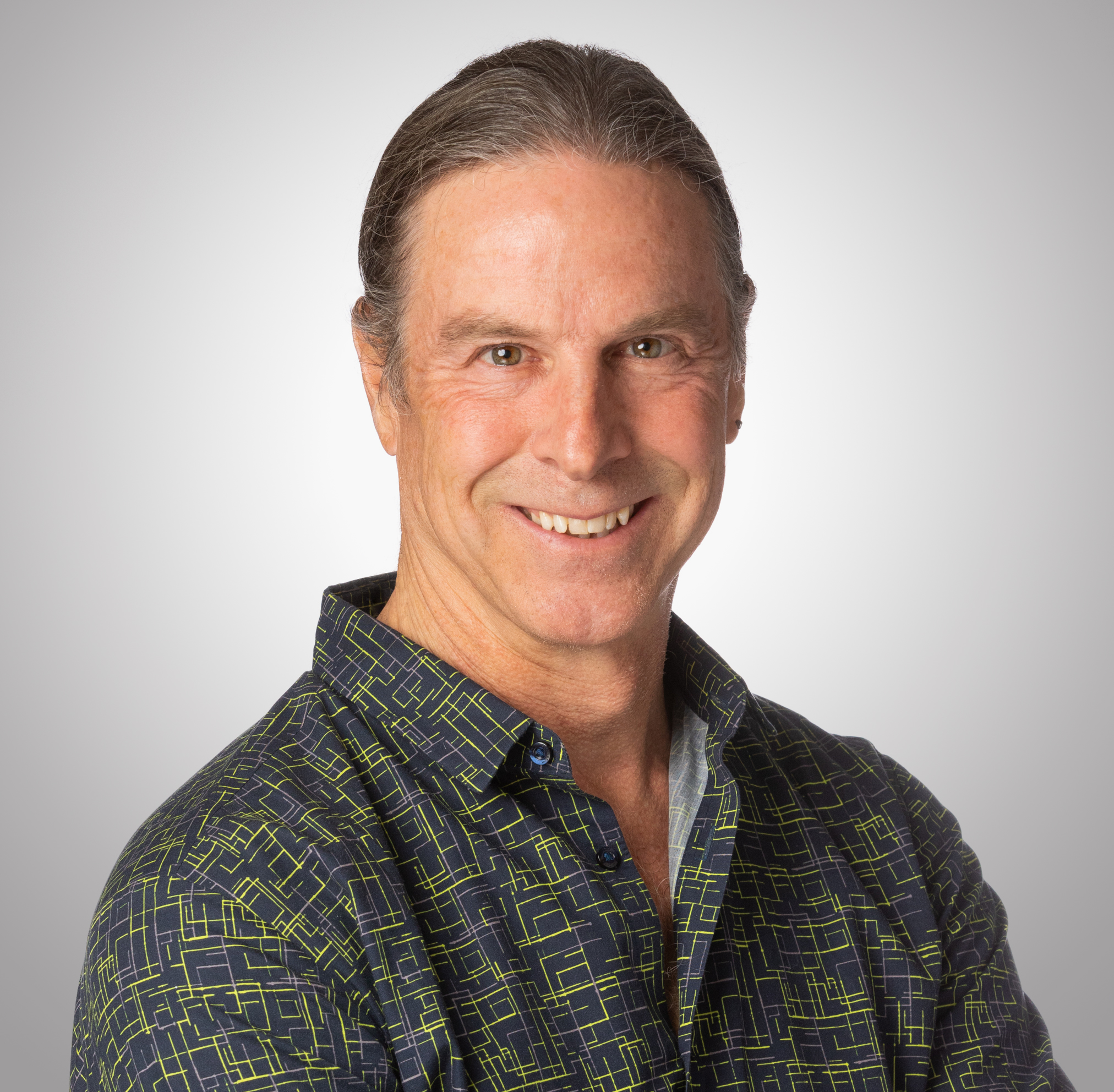